The Political Group discusses and decides on PF’s educational and social policies at a national level. The group organizes and hosts political events and themed meetings for students at DTU. The Political Group consists of 10 students from PF elected by the Joint Council. The group meets every second week, and the meetings are generally open to everyone apart from a few confidential items. If you wish to participate in a meeting,  you can write an email to politik@pf.dk for more information. 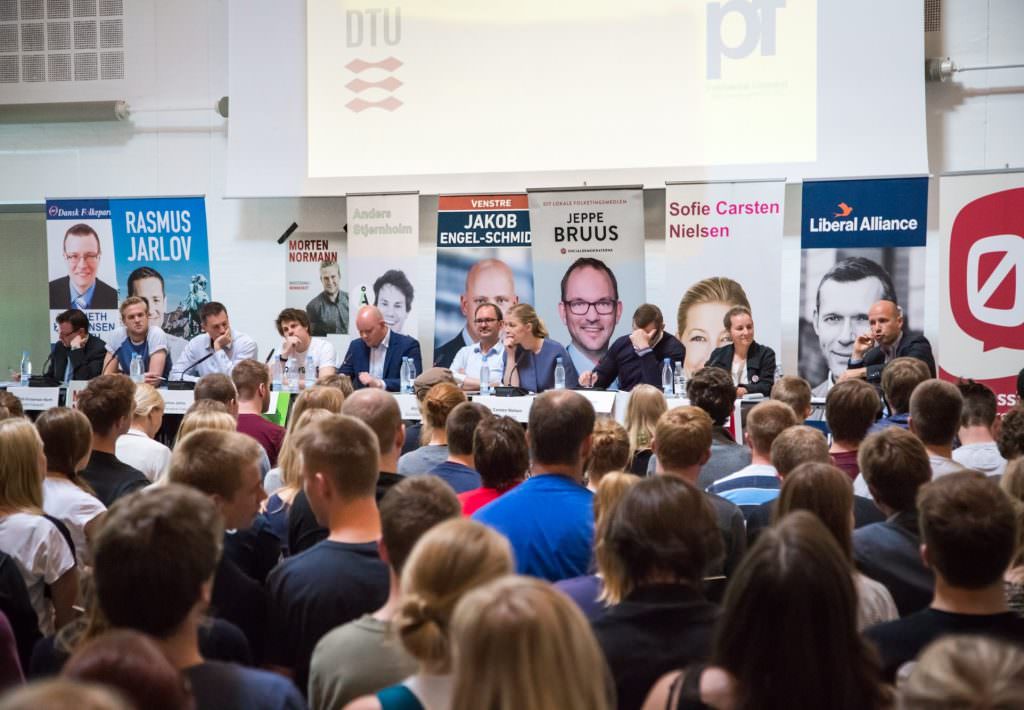 DTU Board of Governors

Board of Governors is the highest authority at DTU.

The board among other things passes the strategy of DTU, as well as budget- and action plans, make development contracts with the Minister of Higher Education and Science, hires the President of DTU, and makes decisions on new buildings.

In the board there are two student representatives. They ensures that the students worries and suggestions get heard, when decisions are made for the future of DTU. The PF representatives collaborates with and updates the Political Group and The Academic Committee, so if you want to learn more about their work, it is a good place to start.

Danske Studerendes Fællesråd, DSF, is a national organization for students in Denmark. Through 19 member organizations, DSF represents about 165.000 students all over Denmark. DSF’s 19 member organizations consists of independent student councils and organizations, primarily on higher education institutions. The primary task of DSF is to  take care of the danish students’ interests on a national level. This means to have contact with the relevant ministers, as well as through their PR work to get focus on the conditions of danish students.

Further more, DSF is a member of international cooperative organizations, Nordisk Ordförandemöte (NOM), and the European student organization European Students’ Union (ESU) where they represent the interests of danish students. The daily leadership of DSF is the executive committee, consisting of the President, two Vice Presidents, an organizational responsible, and a coordinator of international affairs.

PF is a member of DSF, whcih mens that we are a part of deciding the opinions and structure of DSF. This is done on the two yearly Political Conferences that is the supreme authority of DSF. At the same time PF has members of the Board of DSF, as well as the two political committees, Educations Political Committee (UPU), and Living Conditions Political Committee (LU), that take care of the work on those subjects. PF’s work in DSF is coordinated through Political Group.